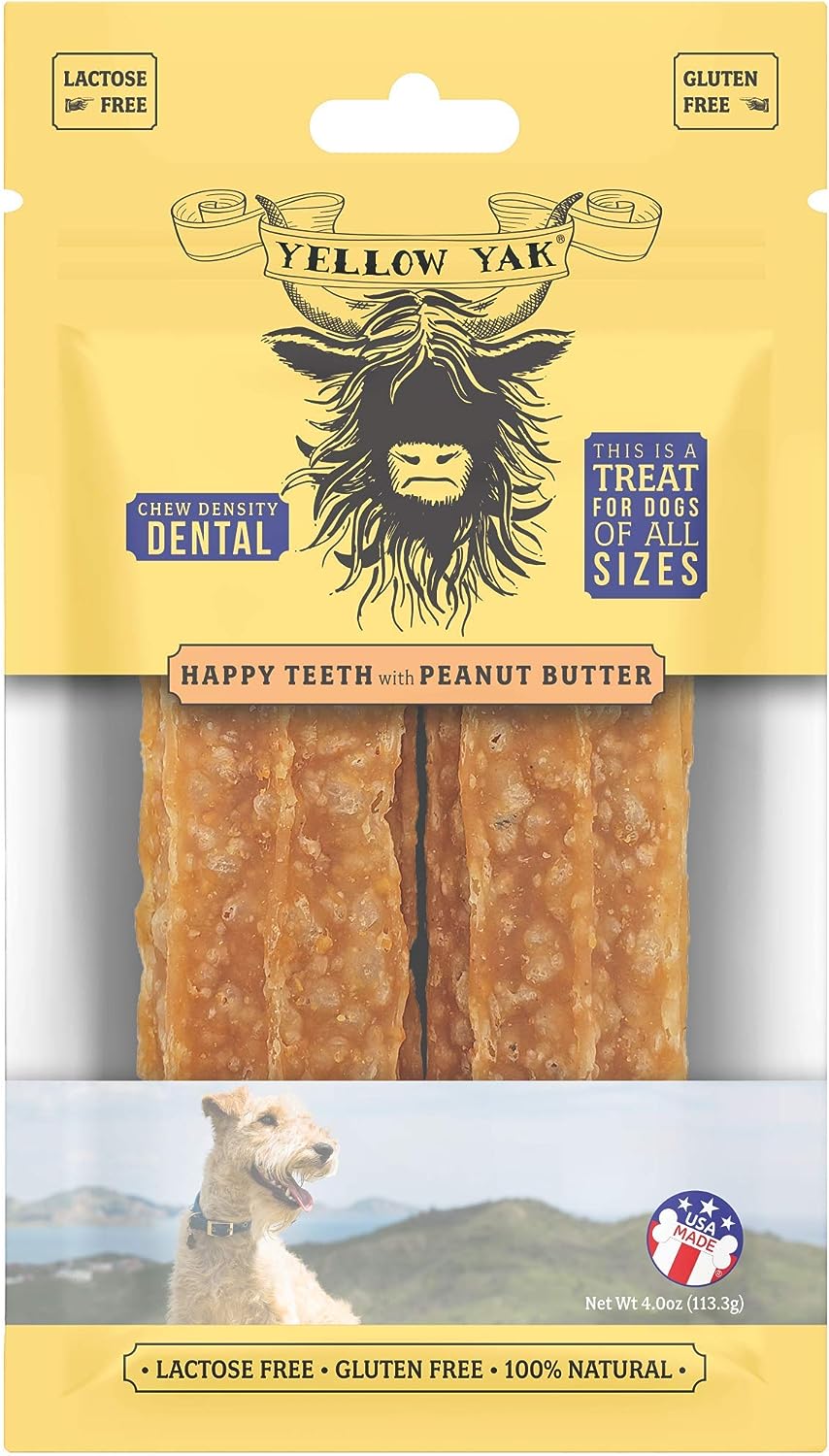 Yellow Yak Dental is a soft, crunchy chew, great for any size, age, or breed of dog. With its loofa-like texture, it naturally scrapes gums and teeth reducing tartar and plaque build up. With no medicinal smell or taste your dog will enjoy this savory snack while receiving all the benefits of a dental chew.